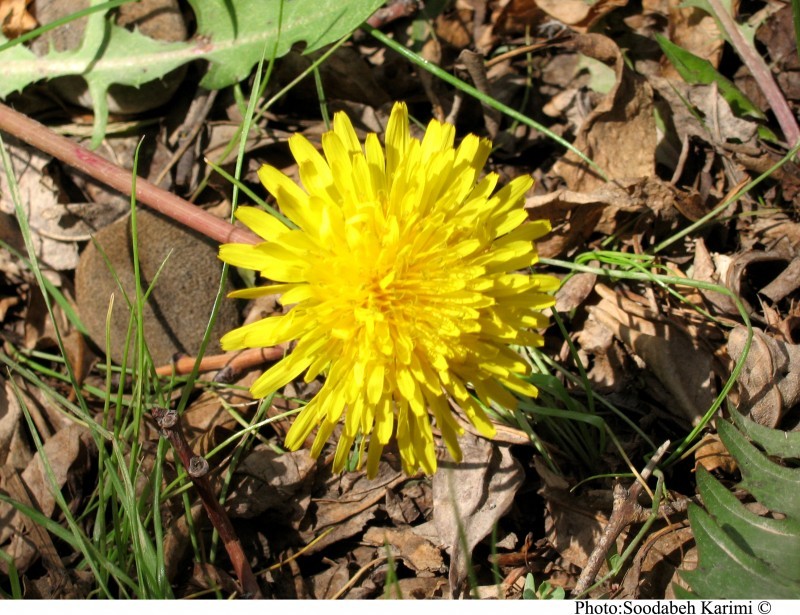 Previous Next
← previous day next day →

Dandelion flower.
The name dandelion is derived from the Old French, dent-de-lion, which is literally "lion's tooth", referring to the sharply-lobed leaves of the plant. The English spelling reflects the French pronunciation at the time this French word was absorbed into English. The first written usage of the word occurs in an herbal dated 1373, but there is a 1363 document in which the word "dandelion" was used as a proper name (Willelmus Dawndelyon).

------------
Damon from the Electroblog is about to organize the next theme project on AM3. Here is the text as it goes:
The following text is for people interested in participating in the next Am3 theme project. Read, and feel free to copy and paste this text on your own image page once you have the details...

Ok, here's how the next theme's going to work. I want it to be open to anyone, but there's a catch: if you comment on my photos until the middle of April, I'll send you the details (Aminus3 members only naturally). Then once you have them, you can pass them along to anyone who comments on your photos. This way, we can play a fun game of whispers, and see what we come up with at the end. Of course, you can let me know if you're not interested.
------------

@sanaz: Dear sister thats not to me! This site is completeley in english! You may try to improve your english!

I see, I ahve photographered these tiny flowers in the grass some time back, but never knew the name of it. Thanks!

@Taimaz: Thanks for note! I will try it later!

i see, thanks for the nice info. i see what u r talkin, when i observed the leaves.

Vahid from Bø, Norway

Who will get this YELLOW flower?! :D

@Vahid: This is dedicated to all Am3 members because of its own substantial "Flower". But I hate nobody! ;-)